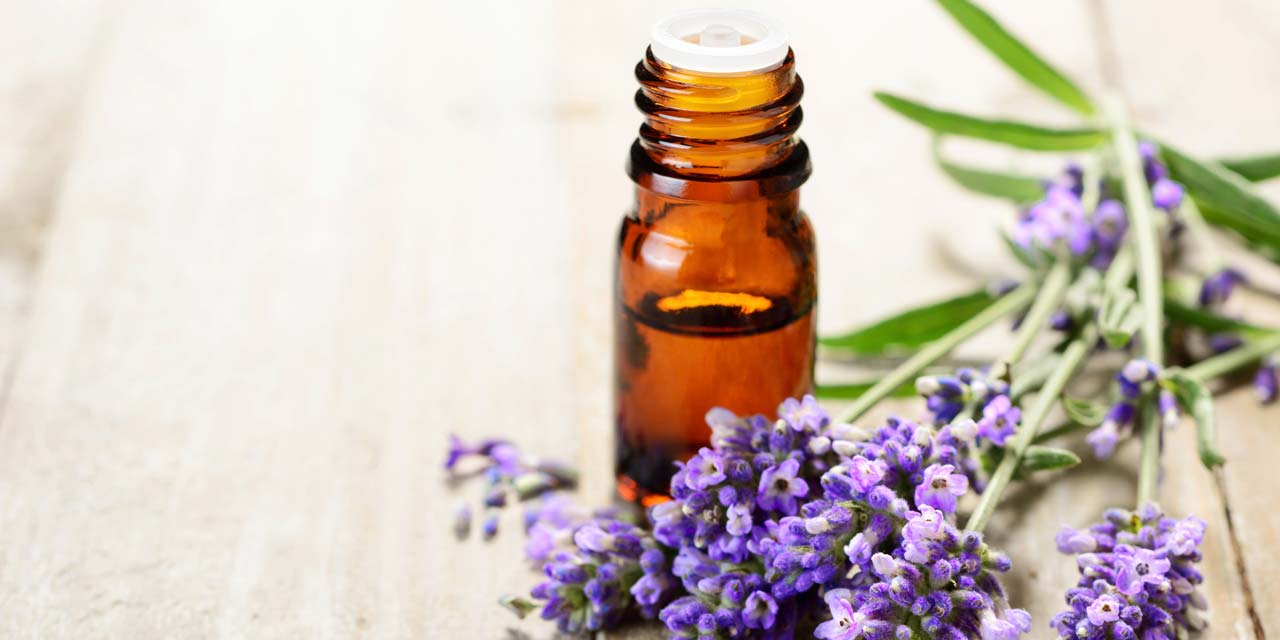 In aromatherapy, lavender is often used for its ability to calm and evoke feelings of peace and relaxation. Lavender essential oil can have many applications for physical and mental health, and there are some things to keep in mind for its safe usage.

Lavender is a plant with purple flowers that grows best in sunny areas. It comes in several varieties, including annuals and perennials. Lavendula angustifolia is the most commonly grown variety today and the one that most lavender essential oil is made from, though it is made from other species as well.

Lavender grows in many areas of the world today, but it originally grew in northern Africa. Ancient people used lavender in their baths, as perfume, deodorizer, and in spiritual applications. Both lavender flowers and leaves have been used in cooking and baking and to make tea and honey.

Lavender was used by people in the Middle Ages when they hoped it would protect them from the Plague, and lavender essential oil was used during World War I to disinfect wounds.

What Is Lavender Essential Oil?

Essential oil is made from lavender by steam distilling it. Steam is passed through the lavender flowers, gathering their oils, which then condense out in a highly concentrated form. Lavender oil contains over 150 active compounds including linalyl acetate, linalool, cis-beta-ocimene, and terpinen-4-ol. Lavender is probably the most widely used essential oil.

What Are Lavender Oil’s Uses?

Lavender has the following properties:

Lavender oil can be used in a variety of situations, including:

Essential oils are powerful and must be treated with respect. Keep them out of the reach of children and pets and ask your doctor whether you have any medical issues that might make lavender oil unsafe for you to use. Start with low amounts and go slowly to determine how your body reacts. The information on this page is meant for general information only, not as individual treatment recommendations.

Possible Side Effects of Lavender Oil Use

Lavender oil is generally considered to be mild and is usually safe for use in adults. Still, there are some precautions to keep in mind:

1 thought on “Lavender Essential Oil: Relaxation in a Bottle”

Destress.com is not intended to replace professional consultation, diagnosis, or treatment by a licensed professional. If you require any medical-related advice, contact your physician promptly. Information at Destress.com is exclusively of a general reference nature. Do not disregard medical advice or delay treatment as a result of accessing information on this website or any external links provided on the website. Destress.com is not a counseling or crisis service. The diagnosis and treatment of depression and other psychiatric disorders should be performed by health care professionals. If you are suicidal, the National Suicide Prevention Lifeline, 1-800-273-TALK (8255), provides access to trained telephone counselors, 24 hours a day, 7 days a week